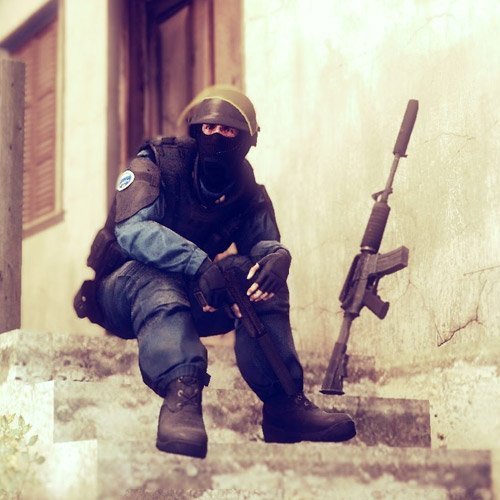 Counter Strike Global Offensive is one of the most popular first-person shooter (FPS) games that is currently being played by gamers all around the world. In this article we are going to be sharing with you ways that you can get better at playing Counter Strike: Global Offensive competitively.

There are a few things you should keep in mind when trying to get good at any game, be it Counter Strike or any other game. If you find you’e lacking in any of these categories, then you should work improving each skill individually so that you can compete with others who have incorporated these tips into their gameplay. 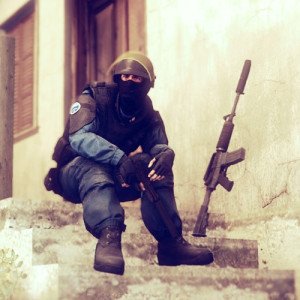 The first tip for playing better on CS:GO is the old adage you’ve heard a million times. Practice, practice, and then practice some more!

As with any game, practice makes perfect, or will at least get you a few steps closer to perfection. There are so many little things that only only come from grinding the game as often as possible. You begin to know each map like the back of your hand, you figure out the strengths and weaknesses of other players, and you pick up on different strategies and how to utilize the environment to fain an advantage over your opponents. Plus playing for a few thousand hours is the only way your shot will get any better!

Aside for simply playing, you’ll want to practice different styles on different maps. If all you do is camp at the bomb site and you never run around the map, then you’re only becoming a one-dimensional player and capping your own skill level. Instead try out unconventional weapon comps, routes, and strategies on each map. If pre-nading one spot works on a certain map, try it on another! If it doesn’t work there, figure out why and then use what you learned to find spots where pre-nading will work elsewhere. Rinse & repeat this learning process as often as possible.

Play often against the best players

Playing against players who are better than you is also something that people shy away from, but it’s extremely important. Think about it this way: if you’re doing nothing but playing those you can beat, what do you think will happen when you match up against somebody better than you? That’s right, they’ll probably run circles around you before killing you! Instead, you need to practice against those who can whoop your butt so that you’re not “wasting” your playing time.

Once you get good playing with better people, then you can move your way up the skill ladder. You have to challenge yourself and try to play against stronger opponents so that you can improve and develop a style of gameplay that can compete against the best players online.

Deathmatch in CS:GO is simply the best style of CS:GO gaming where you are forced to respond quickly so that you can practice your crosshair aiming. You should also use Deathmatch to practice head shots and get used to using your mouse in a FPS.

Playing deathmatch is also a great way to warm up before a match or a competitive game so that you are fluid and read to go for the big game. If you’ve played a bunch, you’ve probably noticed that the first games of the day are some of your worst. But fret not! Even the top pros in the world are a bottom fragger until they’ve played a few games and warmed up.

Warming up in a deathmatch that’s specifically designed to help you practice is also a great way to conserve your strategies from your opponents as well.

Watch replays and streams of professionals

Downloading a replay for Counter Strike Global Offensive is very easy and even professional matches often release their demos so that you can view the match later at a more convenient time. Surf You Tube or Twitch for vods and watch as many as possible!

Buying the “right” monitor or keyboard won’t instantly make you a pro. But playing with the “wrong” gear can 100% hold you back from playing at your peak skill level!

One of the most important pieces of gear for CS:GO is your monitor. Since it’s an older game, you absolutely need a monitor with a low mh level. Counter Strike uses a 64 tick rate, which is on the lower end than most games, which use 128 tick rate. Getting a monitor that can keep up really makes a ton of a difference. As luck would have it, we have a FPS monitor guide and the third monitor listed on there is a BenQ monitor with a 75mh refresh rate! You can up your CS:GO game for as little as $175!

As for your mouse, that’s honestly more a personal preference. I personally use a mouse with weights so I can get it down to the precise feel I want & need, but honestly any mouse should be good enough to get the job done.

There are many other tips and tricks that would help you improve your gameplay for Counter Strike Global Offensive, but most of them are common sense. The most important tip that we can give you is that whenever you are not playing so well, ask yourself what you may be doing wrong and what other players are doing better.

Then make the necessary adjustments in the following game and keep your mistakes from the previous game in mind. If you are doing well in a game, take note in what you are doing and realize that maybe this style of gameplay is something that you are good at and that you may want to focus on improving even more to become a specialist in the future.

Perhaps you are a better defensive player or maybe you are better at offense and rushing in and getting behind enemy. Whatever you choose make sure to work on it and don’t give up too quickly, because the best players that you watch online have been playing this game for many years and have put in hundreds and even thousands of hours.

No matter what your style of play, you’ll be able to improve your gameplay by using these CS:GO tips & tricks!